By the Breath of Their People 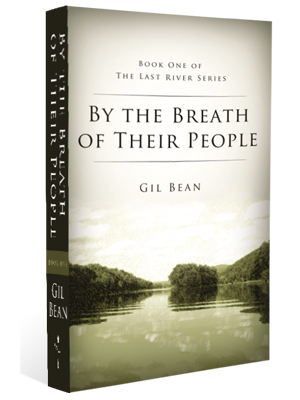 By the Breath of Their People tells the stories of two people who live in the same area of the Delaware River Valley nearly three-hundred years apart. The first is Walks Alone, a young Lenape who is coming of age in a time when the once-great culture of his people is deteriorating before his eyes. The other is Jeff Phillips, a very wealthy contemporary man who is creating a retreat for his family on an expansive tract of land in the hills above the river.

The story is told in three parts.

In Part One, nine-year-old Walks Alone becomes the student of a revered shaman, a woman who understands clearly that the boy will one day take her place, but that his path will be confounding and difficult. Under her guidance, Walks Alone experiences visions, dreams, and spiritual journeys that speak to both his destiny and the destiny of his people.

In the contemporary story, Jeff Phillips is completely preoccupied with building the retreat for his family. His sense of place is strong and becoming stronger, and his vision for the property ever expanding. He neither knows nor particularly cares about the history of the land on which he lives, but that begins to change when human remains are unearthed from a creek bank by a construction accident. The discovery draws others into the story: a forensic anthropologist; a journalist from a local newspaper; and an eccentric wannabe, a man with distant Native American ancestors who wishes he were a full-blooded Indian.

Part Two focuses on culture and history. Now eleven, the boy is taken by his teacher to a sacred place at the confluence of what are now the Lehigh and Delaware rivers. There they meet an imposing Indian, a man who is strident about living in the old ways, even though many others have abandoned them in the face of European immigration. Together, this man and the shaman prepare Walks Alone for the vigil through which he will become a man, a rite of passage that must be undertaken much sooner than expected. During the process, the boy’s shamanic powers bring him face-to-face with both the history and the destiny of his people.

Moved by the discovery of remains in the creek bank, Jeff Phillips, members of his family, and the others try to learn more about the people who once inhabited the area. Enticed by clues suggesting that the remains may be those of a Native American, they are pulled into the rich history of the Lenape. On more than one occasion, their journey is frustrated by a historical record riddled with inaccuracies and distortions.

Parallel lines come together in Part Three. Walks Alone loses his teacher and, in the process, much of his power. As he feels increasingly alone and isolated, the great destiny that his teacher once prophesied seems as impossible as the withdrawal of the Europeans who have poured onto Lenape lands.

Jeff Phillips and the others, now joined by a common purpose, are driven to do what they believe to be the right thing. Although they set out on individual paths, they soon find themselves together in one place on an evening that will change all of their lives forever.

Walks Alone and Jeff Phillips are separated by three centuries, as well as culture, circumstance, and purpose, but their destinies are inextricably entwined.

Buy the Book from the Author

Buy the Book from Amazon

Buy the Book from Barnes & Noble